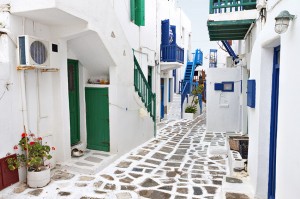 The Cyclades are the best island hopping destination in Greece. You’ll find that each island you visit has its own distinct feel. Departing from the historic splendour of Kos, you’ll experience sunset in Santoríni and merrymaking in Mýkonos.

Boarding starts at 15:30 from Bodrum Harbour. On the first day, our boat will remain anchored in Bodrum Port for dinner and an overnight stay. Bodrum has a history that goes back to the 12th century B.C. The city was called Halicarnassus and it was the birthplace of Herodotus; Father of History who lived in the 5th century B.C. The Mausoleum of King Mausolus (350 B.C.), one of the Seven Wonders of the World is in this city. The only structure that survived from the Classical Era is the Amphitheatre. It is one of the oldest theatres in Anatolia with a capacity of 13.000 guests and it is still hosting many shows and concerts for the art-lovers of Bodrum. Another place that you should visit when you arrive in Bodrum is the landmark of the city, the Castle of Saint Peter. It is one of the best preserved pieces of architecture with a history dating back to the Middle Ages. Myndos Gate through which Alexander the Great entered Halicarnassus is another place that you should not miss. 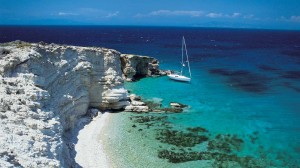 Following the breakfast, you will be informed about the cruise itinerary and the boat. After the customs formalities are completed, we will cruise to Kos Island. Asclepion, known to be the birth place of Hippocrates, who is the Father of Medical Sciences, is located here. All the people from the east Mediterranean with health problems were treated in Kos . Kos; the second largest island of the 12 islands (the Dodecanese Islands) has a very mild climate and very fertile lands. The island houses a 560-year-old tree, a 211-year-old fountain and a 290 km long beach. You may take a quick swim in Lambi Beach which is very close to Kos Harbour. Kos is one of the islands with the best night life. Nafklirou, a street full of bars, is always crowded, colourful, and full of life..

In the early hours of the morning around 4 – 5 a.m we will cruise to the small island Levitha and have the breakfast there. Afterwards a swimming break will take place. After the cruise of around 4 to 6 hrs we arrive to Amorgos to the port of Catapola. Located at the eastern edge of the Cyclades and bordering the Dodecanese islands, Amorgos appears as an elongated, slanted shape on the map – a little reminiscent of a seahorse. Widely agreed to be authentic and beautiful, the island is renowned for its trails and walking paths, its raki-loving spirit (a grape-based liquor), and its aromatic herbs. Although occasionally shrouded in what some have called ‘melancholy’, Amorgos usually impresses visitors very positively. It has a number of centers: two active ports, and Chora – the main town – at a separate location. This means visitors should be prepared to move around. 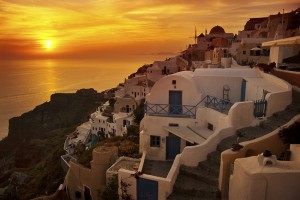 Once again around 4 to 5 am in the morning we start our cruise to Santorini. Santorini is considered to be the most sought after place for a romantic getaway in Greece, since there are not many places in the world where you can enjoy exquisitely clear waters while perched on the rim of a massive active volcano in the middle of the sea! The island has a growing reputation as a “wedding destination” for couples not only from Greece but from all over the world. A trip to Santorini with the other half is a dream for anyone who has seen at least one photo of the island’s famous Caldera and exchanging kisses beneath Santorini’s famous sunset is the ultimate romantic experience!

Sailing starts at 4 to 5 a.m in the morning. After a cruise of 6 hrs we arrive to Mykonos. In contrast to other Cycladic capitals, the capital town (Hóra) of the island is not built in the shape of an amphitheatre but instead spreads out over a wide area. It is one of the best examples of Cycladic architecture and a spellbinding attraction for visitors. Stroll around its narrow marble streets and admire whitewashed houses with colourful doors and window frames, bougainvillea trees in purple bloom and hidden churches. Soak up the atmosphere along the lively waterfront and admire a fleet of fishing boats casting colourful reflections in the azure waters. One of the most scenic corners of the island is Alefkántra or “Little Venice”, an 18th century district, dominated by grand captains’ mansions with colourful balconies and stylish windows. With balconies perched over the sea, pictures of the famous Italian city spring to mind. Relax at a waterfront café and admire the view of the quaint windmills standing imposingly on the hillside above, set against a luminous blue backdrop. If you find yourself in Mykonos take the opportunity to explore the tiny archaeological gem of Delos, just a short boat trip away. Delos was a sacred island in ancient times, and according to mythology was the birthplace of the twin gods Apollo and Artemis. 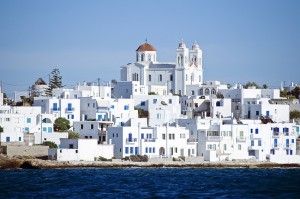 5 a.m in the morning our cruise of 7 hrs begins to Patmos. We will have a swimming break in a bay around the island. Patmos is not a big island, but it is one of the best known. It was here that St. John completed the last part of  The Apocalypse of John, and this is why Patmos is sometimes called “The Jerusalem of the Aegean”. The Monastery of St. John’s towers above the capital, a village called Chora, and actually the whole island breathes of faith and devotion. According to mythology, Patmos was a present from Zeus to his daughter Artemis, goddess of hunting and young women. She was worshipped here in antiquity, and the monastery of St. John was built on her temple. You may have an optional tour to these places. After breakfast, you may have a walk through the monasteries. Our yacht will stay in Patmos Port for dinner and an overnight stay. 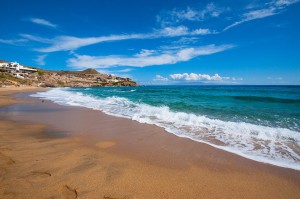 We will start our cruise at 6 a.m. After a cruise of 2 hrs we arrive to Leros. We are going to enter Panteli Harbour. Leros is a mountainous, green island with high cliffs and many small bays and villages. You should visit Platanos the main city of Leros with steep stairs, narrow streets, and flower gardens. From Platanos you can take the steps leading up the Castle of Leros climbing 300 steps! Rent a bike or explore this island on foot. At 12:30 p.m we leave the island to come to Bodrum for custom formalities.

The guests will leave the boat with precious memories before 10:30 after breakfast.

Important note: This route can be done in a week on a small number of gulets but we usually recommend this route on two weekly charters as the distances between the islands en-route make it a significantly longer journey than the usual gulet routes. 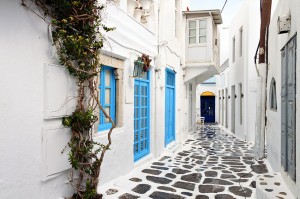 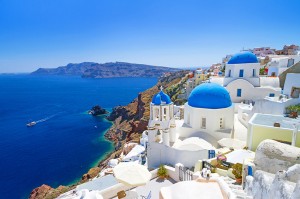 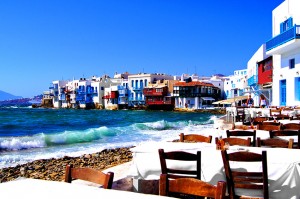 Please note: In the case of bad weather or sea conditions, for the safety and comfort of guests, Gulet Escapes reserves the right to change routes entirely or partially.

This site uses cookiesFind out more